“It’s all downhill from here.”

–  Soderbergh, on winning the Palme D’or for his first film 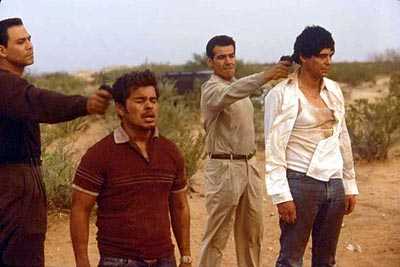 The film sections of the newspapers were filled with high-camp this week. On the one hand there was Baz Luhrmann’s hyper-charged reworking of THE GREAT GATSBY and on the other there was HBO release of BEHIND THE CANDELABRA, a bio-pic of Liberace’s tempestuous relationship with his younger lover. F. Scott Fitzgerald said that there were no second acts in American lives, but when it comes to Steven Soderbergh there is an exception, because the Liberace film marks his retirement from film-making after a remarkable second Act.

His first film, SEX, LIES AND VIDEOTAPE (1988) was an unexpected box-office hit that created a critical sensation as reviewers deemed it an epoch-defining film. I was dismissive of the film when I saw it on its release; I thought that it did not deserve the praise that it attracted, however watching it more recently I was struck by how relevant it is to today’s popular culture. James Spader plays a troubled character who copes with his sexual impotence by videotaping women who he interviews about their sex lives. The 80s hair-dos coupled with obsolete technology should make it nothing more than an interesting time-piece, but it’s concerned with sexual confessions and how they reveal power within relationships and society as a whole. It’s not epoch-defining at all; it’s a universal human concern. It’s worth re-visiting.

Soderbergh struggled to live up to the weight of expectation created by the success of the first film. KAFKA (1991), his next film, was an impressionistic piece that is reminiscent of BRAZIL (1985) but it failed to find an audience. There followed a series of films that are interesting individual pieces, but film critics could not easily define his output as an auteur despite their best efforts; he was too stylistically and thematically diverse for them to construct an auteur narrative around his work. He was written off by the studios too.

His work in the early part of the 1990s culminated with SCHIZOPOLIS (1996), a brilliantly eccentric film with an appeal to an audience of one: Steven Soderbergh.

It was a turning point.

Soderbergh appeared in the film as the Lester Richard, an affectionate nod to Richard Lester, his favourite film-maker. What he admired about Lester was his ability to experiment within mainstream cinema, pushing the technical and stylistic boundaries of films while at the same time, appealing to a popular audience. He realised that he had painted himself into a cul de sac and that the only way out was to become more commercial, while keeping hold of artistic intergrity :

“I feel that there’s dissatisfaction at both extremes,” he says. “People who go to see art house movies are frustrated with what they are seeing, and people going to the big star-driven vehicles are also disappointed by what they are seeing.” He proposed another model: “There’s a middle ground to be had as there was in the 70s. Movies that were being financed by the studios with stars in them were being made by really interesting directors. I’ve always thought that I would see a movie in four thousand theatres by Todd Haynes than some hack … we just try and push an indie sensibility within the Hollywood mainstream.”

– cited in Down and Dirty Pictures, Peter Biskind

TRAFFIC is one of the greatest examples of interesting mainstream cinema. It is a modern thriller that looks at international drugs industry from a number of different perspectives: users, traffickers, politicians, enforcers and parents, all trying to fathom the complexity and contradictions of drug policy, economics and the impacts on individual lives as well as society as a whole.

It is a perfectly judged ensemble piece with some fine performances from the cast. Stylistically it is in the same lineage as (a personal favourite) BATTLE OF ALGIERS (1966) and Z (1969) in creating naturalistic, free-flowing action, and its stylistic line continues through to ARGO and, in some respects, to THE WIRE. Soderbergh acted as his own cinematographer, framing his characters, from an impassionate distance. He used a distinct look for each of the three different environments depicted in the film: he uses warm tones to tell the story of Helena Ayala, the unwitting wife of a mob-boss who tries to keep maintain her life-style by taking care of business when he is charged following super-grass information; meanwhile, the most intense story, is set on the Mexican border where the image is through a yellowed filter; Washington is drenched in a cold blue as Robert Wakefield is appointed as the national Drugs Czar and is bombarded by a well rehearsed arguments on how to tackle the drugs war.

The device is used to perfection as it allows the audience to keep track of the different characters and plot threads (there is a pleasure in seeing the characters mingle into different stories). There is an economy of style, yet a real generosity towards the characters. Michael Douglas stands out as Wakefield. He is conflicted by his own desire to make an impact with his own personal crisis when his daughter becomes caught up in the cocaine culture of high society. There is a great moment when he turns to his policy advisers and asks for new ideas to tackle the drug problem. There’s silence.

No one quite believes that BEHIND THE CANDELABRA is last that we’ll see of Soderbergh, it’s more likely that he is preparing for an interesting, unexpected third Act to his extraordinary career.