Illusion and cinema go together like Paul Daniels and Debbie McGee. From the earliest moments in the history of cinema, film-makers have used the medium to perform trickery. This association goes back to is origins as a fairground side-show. The special effects industry is a branch of this connection with magic, but thematically there is a con-genre that has developed that celebrates the elaborate set-up of the confidence trick, the pay-off and the intriguing people who do it, because film-makers feel an affinity with them. HOUSE OF GAMES plays with the idea of the dramatist as a manipulator, creating ‘the play’ to get the pay off from ‘the mark’ (who is usually the audience). Mamet would continue to explore the genre with THE SPANISH PRISONER (1997) and HEIST (2001).

Of course, in real life, the con-man swindles life-savings from gullible old-people with the promise of a luxury motability scooter that never arrives. However, in the movies, there’s a general respect for the grifter. Spielberg admitted as much when he made CATCH ME IF YOU CAN (2002). There’s a myth that Spielberg himself used confidence trickery to get into the offices of Universal during a studio tour.

There’s a broad spectrum in the con-genre. There are those films that perform a narrative con-trick on the audience. A rabbit is pulled out of the hat that blows a raspberry at the audience with a ‘gotcha’: THE USUAL SUSPECTS (1995), THE GAME (1997) and THE CRYING GAME (1992), notice how ‘game’ appears in the title. Also, there are number of films that have a con-artist as a character such as Fast-Eddie Felson, Tom Ripley and Ratso Rizzo but they are characters who are bigger than the plot.

The third type of con-film is the subject of this list: those films that are narratively built around an elaborate set-up. The audience are allowed to become a ‘shill’ rather than a mark. They need cunning required to pull them off and a great deal of imagination.

If they are done well they can be very entertaining… 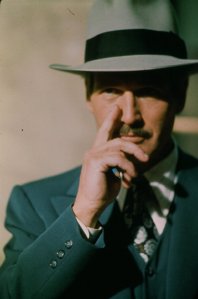 Robert Redford, Newman’s own and Bolton’s own Robert Shaw in a caper movie that I have seen many times, and never been quite sure what’s going on, but enjoyed it anyway. If its on TV, it draws you in despite your better judgement as it formulated to create entertainment.

Redford and Newman go after ruthless crime-boss Shaw by plotting to get into his high-rolling private poker-game which then results in an elaborate past-posting scam with the gee gees, which then becomes more and more complicated as the two grifters pile on con after con until the satisfying ending.

I could play the theme tune on my Casio organ. Fact.

Before it was associated with Bacon or Gladwell this film was based on the broadway play of the same name. Oscar winning Stockard Channing and ‘telephoning it in’ Donald Sutherland are wealthy New York socialites who are charmed by Will Smith. He appears at their door, in distress claiming to be a friend of their children who are at Ivy League universities. He flim-flams them with his Ripleyesque fine taste and interesting anecdotes, while they indulge him with fine things and give him money. The pay-off is his legend among the chattering class of Park Avenue.

Will Smith’s charisma is turned to 11.

A forgotten comedy-thriller that is likely to win the Ridley Scott round of Pointless. Nicolas Cage is a manic con-man with OCD and facial ticks – who’d have thought that he had it in him? – who is reunited with his young daughter. She wants to learn the tricks of the trade so he lets her in on his game.

It’s ‘light’ more than comic, but certainly better than you might assume.

A smart film featuring con involving expensive stamps (the titular queens) that goes wrong  early in the scam. A gang steals the bogus-batch of stamps before they can switch them which results in interesting consequences. 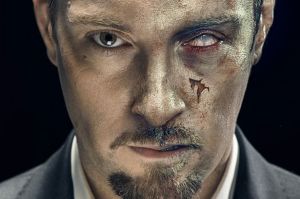 Not a film, but a television show where we are asked to believe that an un-suspecting man is hypnotised to think he has woken up following some global disaster. He is a hero in a world constructed by Derren Brown. A world where cheap effects and bad actors wail and scream. No amount of neuro-linguistic programming could convince the audience that this was real (ly not very boring).

I liked it better when hypnotists made people cluck like chickens. Bring that back, I need the eggs.

– Dirk Malcolm, with contribution from Dom-Dirk