The Academy of Motion Picture Arts and Science first gathered in 1929 to honour the films of 1928/ 1929 and the Best Picture was WINGS – not a bad film, but not even the same ball park as SUNRISE – which wasn’t even nominated in the Best Picture category. Instead, it won a special award for ‘Unique and Artistic Production’; surely this is what the Best Picture is all about?

Anyway, as the years have gone by, the Academy has gathered every year to award the Oscars and has become the most prestigious of all award ceremonies. I’m going to reflect on the Best Picture winners over the years. There’s still one that I haven’t seen.*

I have gone through the Best Picture winners year-by-year and given them the Dirk’s Five treatment: four good and one not so good. 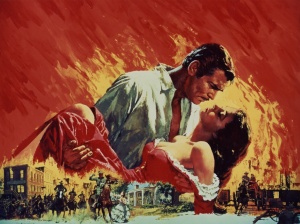 ALL QUIET ON THE WESTERN FRONT (1930) The first important sound film and the greatest anti-war film ever made, as well as Universal’s most serious film until the 1960s

GONE WITH THE WIND (1939) The biggest of them all and it still packs a punch. One of the great feats of Techicolor. Vivien Leigh gives an extraordinary performance, the film is three and a half hours long, she is only missing from a couple of scenes.

CASABLANCA (1943) Perhaps the most loved of all Hollywood films and rightly so, hugely enjoyable no matter how often you watch it.

THE BEST YEARS OF OUR LIVES (1946) If fought off competition from IT’S A WONDERFUL LIFE, but this was the film that was much needed after the war and its William Wyler’s best.

GOING MY WAY (1944) is utter rubbish. How on Earth this won in the same year of DOUBLE INDEMNITY is still a mystery. What’s more of a mystery is Leo McCarey who had directed The Marx Brothers’ DUCK SOUP and many Laurel and Hardy shorts ended up making this! Fans of Bing Crosby might like it, but I am not a fan.

Other highlights from this period that I missed out include: IT HAPPENED ONE NIGHT, MUTINY ON THE BOUNTY, REBECCA and THE LOST WEEKEND. How did HOW GREEN WAS MY VALLEY win over CITIZEN KANE and THE MALTESE FALCON? How did YOU CAN’T TAKE IT WITH YOU win over THE ADVENTURES OF ROBIN HOOD? How did HAMLET win over THE TREASURE OF THE SIERRA MADRE and THE RED SHOES?

The fifties and sixties 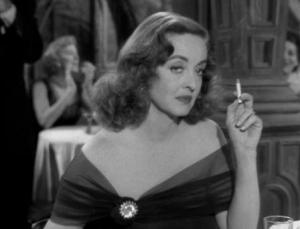 The fifties were a hard time for American cinema, they had a new enemy – Television.

They tried to combat it with 3D, wide-screen and big epics that you could only experience in the cinema. Some of the epics did win Best Picture (BRIDGE ON THE RIVER KWAI and BEN HUR), but I’ve avoided them.

The sixties was a time of change, however they still turned to Broadway for inspiration. Four musicals won Best Picture. I’ve avoided all of them too.

The Academy was unsure of the New Wave ushered in from such films as BONNIE AND CLYDE and THE GRADUATE until MIDNIGHT COWBOY won in 1969 and ushered in the seventies, which was the last golden age of American Cinema.

ON THE WATERFRONT (1954) Certainly Rod Steiger’s best performance and arguably Marlon Brando’s. It was a kick in the face of American cinema and was a landmark film.

LAWRENCE OF ARABIA (1962) David Lean’s finest film and O’Toole’s most memorable performance. Really, it is the film that defined what it means to be ‘Epic’.

MIDNIGHT COWBOY (1969) It remains the only best picture to have an X-Certificate and easily the best film staring Dustin Hoffman.

THE GREATEST SHOW ON EARTH (1952) Its not that bad, but its far from good when up against HIGH NOON and THE QUIET MAN. What was going on? Plus, the contender for the greatest film ever made, SINGIN’ IN THE RAIN, wasn’t even nominated!

The Seventies and Eighties 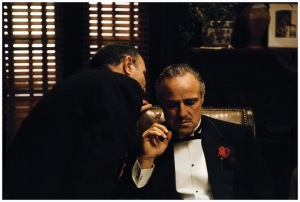 I was born 1973 and the Best Picture of that year was THE STING but I would have given it to THE EXORCIST (“The Greatest Film Ever Made” (c) Mark Kermode). A new enemy emerged in the late seventies – The VCR! Cinema industry hated it and tried not to release any big films on tape, so they fuelled the production of loads of awful Italian horror films that led the way to the ‘video nasty’ debate in England that culminated in the Video Recording Act.

The seventies was a brilliant period for American cinema and the Academy called it right (apart from a couple of exceptions). They got it wrong choosing ROCKY over TAXI DRIVER and KRAMER VS KRAMER over APOCALYPSE NOW. There were many great films, but it was followed by the eighties which was the worst decade in cinema history (until the noughties) and I can’t agree with ANY of the Best Picture winners!

THE GODFATHER (1972) A very different side of the American Dream, but an essential one and without question, the greatest gangster film ever made.

THE GODFATHER PART II (1974) The greatest sequel ever made. Enough said?

ONE FLEW OVER THE CUCKOO NEST (1975) The first film to win the top 5 (picture, director, actor, actress and screenplay) since IT HAPPENED ONE NIGHT. It’s a feat that has only been repeated once since (SILENCE OF THE LAMBS). Whatever happened to Louise Fletcher?

ANNIE HALL (1977) It is so difficult to choose this one in the same year as STAR WARS was nominated. It’s Woody Allen’s best film and a pivotal American comedy.

DRIVING MISS DAISY (1989) You may have noticed that this is the only film that I’ve chosen from the eighties, that’s because this is as good as it got in the eighties. Granted, Jessica Tandy gave a great performance, but Best Picture? Come on! For the record, the other four films nominated were FIELD OF DREAMS, DEAD POETS SOCIETY, BORN ON THE FOURTH OF JULY and MY LEFT FOOT.

The nineties and noughties

In the nineties the Multiplex emerged and the fleapits were condemned. The VCR became the DVD and with the internet streaming has begun.

THE SILENCE OF THE LAMBS (1991) Roof-Dirk just doesn’t get it, but for me (and a million others) this is one of the great movie events and for me it remains the best thriller of the decade.

UNFORGIVEN (1992) The best American Western since THE WILD BUNCH really is Clint Eastwood’s classic and the first Western to win since CIMARRON in 1932.

SCHINDLER’S LIST (1993) Spielberg finally wins best picture and director award in one of the few American films ever made about the Holocaust, and extraordinary film that was released in a year that he’d also directed JURASSIC PARK.

NO COUNTRY FOR OLD MEN (2007) The Coen Brothers should have won in 1996 for FARGO rather than THE ENGLISH PATIENT.

FORREST GUMP (1994) It seemed like a good idea at the time, but again, compared with the other nominations, it was a poor choice: QUIZ SHOW, THE SHAWSHANK REDEMPTION, PULP FICTION, and FOUR WEDDINGS AND A FUNERAL. GUMP was the worst.

So, what has this decade produced so far? 2010 was THE HURT LOCKER when Kathryn Bigelow became the first female director to win an Oscar. 2011 produced THE KING’S SPEECH, which I wasn’t that keen on, however THE ARTIST in 2012 was a joy to behold – the best for a long time. ARGO in 2013 was a surprise winner but an excellent choice.

This year, I really can’t decide what will win. It really should be TWELVE YEARS A SLAVE Steve McQueen’s unflinching film that tells the slave story as it really was, but I think it will be too controversial for The Academy. I think it will be either GRAVITY or AMERICAN HUSTLE that will win. GRAVITY is an amazing experience at the cinema and Sandra Bullock more than deserves Best Actress. If AMERICAN HUSTLE wins, I think we will have all forgotten about it by April. Just like when CRASH won and it should have been BROKEBACK MOUNTAIN.

7 responses to “Dirking About … Best of Best Pictures”