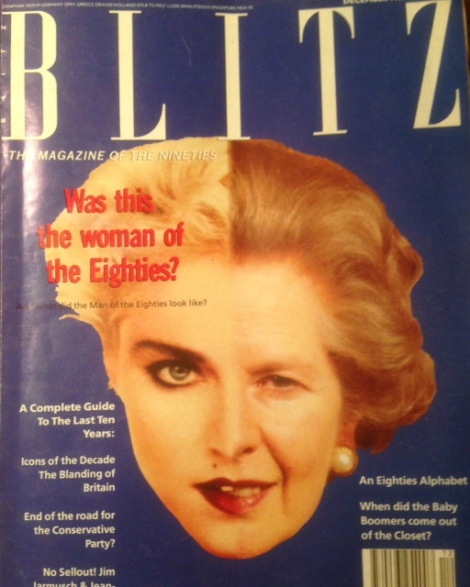 You may have missed the news, but last month Saint Margaret Hilda Thatcher passed away and it would be remiss of us to allow this event to go un-noticed. She was the architect of the economic miracle that has resulted in the prosperity enjoyed by every single citizen of the United Kingdom from 1979 to the present day. Her determination and commitment elevated the city of London to one of the major financial capitals of the world, while allowing the rest of the country to go into a managed decline and enjoy a ‘high old time on the dole.’ Along with Ronald Regan she managed to defeat Communism, Apartheid (according to some reports) Lex Luthor; how can evil possibly co-exist with such enticing products available from Next and other splendid retailers?

From deep within the Dirk vaults, I have found this issue of Blitz magazine dated December 1989. The magazine was reporting from the cutting edge of fashion, but now seems like a relic from another civilisation. On the cover, Thatch’s face melds into Madonna’s (True Blue, is this the face of women in the 80s?) It’s a photoshop mash-up that seemed innovative then, but now looks rather quaint. I have kept the magazine because it gives a review of the cultural trends of the decade.

Within the magazine, Andrew Rawnsley writes a prescient piece suggesting that time was running out for the Tories due to unpopular policies on the NHS, the privatisation of the water. Thatcher’s ruthlessness towards her colleagues in the cabinet is key to her success:

“John Major, the current crown prince, should he ever seem too cocky, should only to look at the Tory backbenches to see the graveyard of deceased heir apparents.”

The article is illustrated by a commemorative plate of ‘her Maggiesty’, that was schlepping from Conservative Central Office at £275,  with a “That’s All Folks?” graphic in the Warner cartoon style. Rawnsley remarks that she was great at riding her luck, but there was a sense that it was running out. Sure enough, shortly afterwards she was ousted by her colleagues and the crown prince took his (grey) crown. 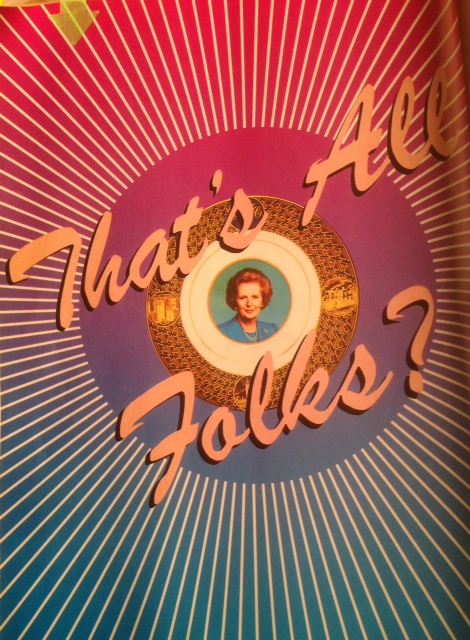 Soon after she left office, she took Blitz magazine with her as it was the casualty of the early 90s recession. The readership niche that it occupied doesn’t really exist any more as it appealed to superficial people, like myself, who like to know a little about a lot, so a magazine featured articles about sculpture as well as television. There were many magazines at the time that were competing for my metro-sexual, student dollar, including THE FACE and, one of my personal treats, 20/20 which was a sister magazine of TIME OUT with big articles and flashy photography. The kind of magazine that Network 7-television programme aspired to recreate.

I assumed that the reason I was so keen on the magazine was its coverage of films, however on flicking through the magazine now, I realise that this is just another Moff Memory as it is fairly light on film articles. Its Alphabet of the Eighties, for example, only features a handful of film references. The B is for The Brat Pack, “a convenient collective noun for anyone under thirty who has appeared in a film and had a drink”. The piece also observes that brat pack actors want to be a member of the club to enjoy the publicity, but publicly declare that they don’t see themselves as part of the group (cf Tom Cruise). It also bemoans the ending of X-rating, which was replaced with the tame-sounding 18 classification. Another feature of the decade was the growth of sequels to popular movies; I remember this being a particular obsession of magazines at the time for some reason. Of course, we don’t have sequels any more; somewhere along the way they became ‘franchises’. 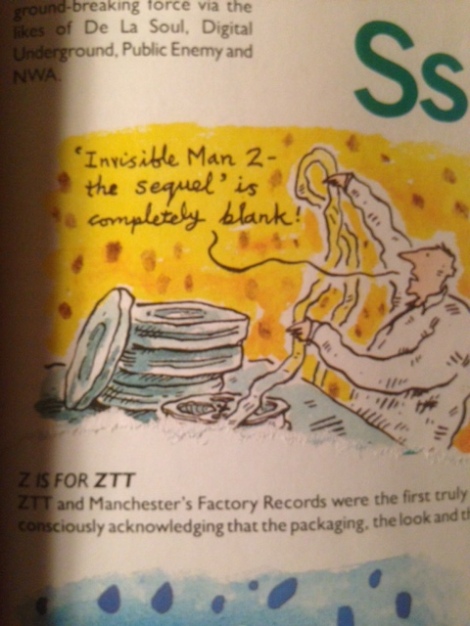 Instead of the articles on movies I was expecting there’s pages and pages of fashion photography: semi-naked women and blokes making jazz-hands in abandoned warehouses, wearing nothing but beads and hot-pants – that kind of thing – What was I thinking? There is a notable exception, as there is a fairly lengthy article about Jim Jarmusch and Jean-Jacques Beinex, the two 80s directors who were bucking the trend for Hollywood blockbusters. Jarmusch speculates about how idiosyncratic films like his own will be financed in the future. It’s a sign of the times that his latest film MYSTERY TRAIN was financed by electronics giant JVC. He was looking closely at Soderbergh’s success with SEX, LIES AND VIDEOTAPE a film that he doesn’t like but likes the direction it is taking:

“…my films are meaningless unless the audience gets something out of them.”

It’s a while since I have watched one of his films and this article has inspired me to dig out some of his great pieces from the period such as DOWN BY LAW and STRANGER THAN PARADISE. He is such an intuitive filmmaker with great little touches. He reveals that he gives himself a small rule that is fitting to the film, for example, in MYSTERY TRAIN the camera only moves when the characters do. Great.

Jean-Jacques Beinex was the poster-boy of art house cinema with his visually captivating chic in films such as DIVA and BETTY BLUE. In this article he is promoting ROSELYNE ET LES LIONS a film about lion taming. He too speculates on the future of his film financing and the perils of going to Hollywood for money:

“If I don’t have final cut, what’s the point of having done it in the first place? I have made nothing.”

He remained true to his word and avoided the lure of Hollywood and continued to maintain his artistic independence through his own production company Cargo films.

Advertisements are often the most interesting elements of old magazines for their nostalgia and clues about trends that have come and gone. There are adverts for cigarettes and a special offer on a Blitz special edition Zippo lighter, a past-time that has gone up in smoke. Arguably the whole magazine is a prolonged advertisement and it’s a testament to the birth of consumerism that there is a regular feature on advertising! It celebrates the pre-digital delights of the Maxell tape, Dylan pastiche that ruined Desmond Decker’s Israelite for a whole generation. My ears are alight. 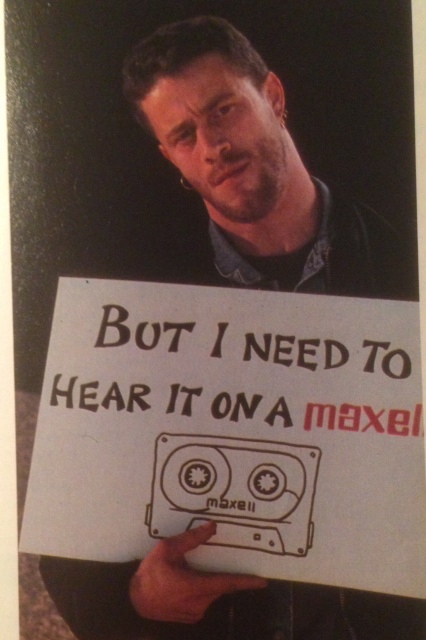 Betty Blue also features in one of the advertisement pages for VHS films saying that they are available from some of the retail giants representing the jewels in the crown of Thatcherism: HMV, Tower Records, Woolworths and Virgin. Stand up Margaret. Stand up. 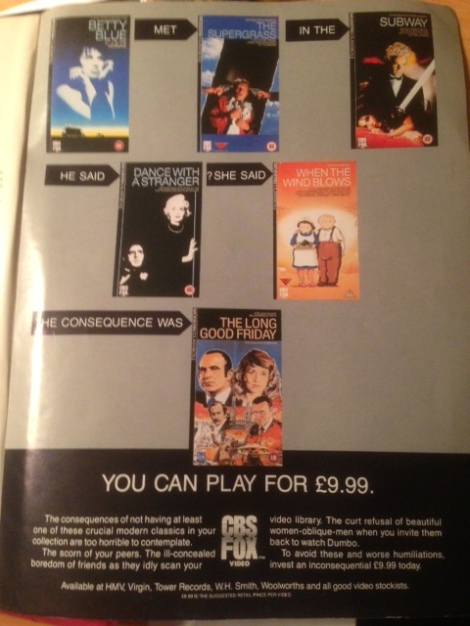 One response to “Starburst Memories: Blitz – Review of the Eighties”