When G.A.Smith remade the Louis Lumiere’s L’ARROSEUR ARROSÉ (1895) as THE PRACTICAL JOKE (1998) he gave more prominence to the chase of the young boy who douses the gardener with a hose-pipe. He’s credited with creating the first chase sequence. Cinema is driven by a sin qua non and the chase is an embodiment of this ‘desire for motion’.

The comic chase was an element of vaudeville that was incorporated within one-reellers and longer slapstick movies. Creating the effects of a chase, arguably was one of the drivers that developed screen grammar. Early examples featured characters moving across the screen, entering on one side and leaving on the other. Edwin S. Porter in THE LIFE OF AN AMERICAN FIREMAN (1902) used repeated reels to give the impression of movement and to build up the tension.

The need to increase the tempo to a scene resulted into the development of editing – the cross-cutting between simultaneous events to give a sense of coherent continuity, and narrative ellipsis. D.W.Griffith was influential as he became known for his last minute rescues, such as the one at the end of THE FATAL HOUR (1908).

Chase sequences were the staple of slap-stick and comedy caper, but sometime in the mid-sixties they became more prevalent in thrillers. Every blockbuster seems to have some element of suspenseful chase to inject energy. STAR WARS (1977) and the Indiana Jones movies have some spectacular ones that seem to reflect back to the age of the b-movies, when cowboy films would have moments of action accelerated by musical accompaniment.

The mix of music and a location have created some of the most memorable car chases, such as THE ITALIAN JOB (1969) and the suave sophistication of BULLIT (1968). 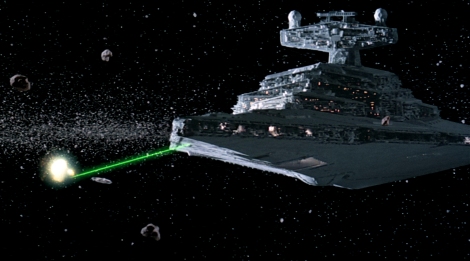 “The chase between the Millenium Falcon and the Star Destroyer in THE EMPIRE STRIKES BACK (1982). The minis in Turin in THE ITALIAN JOB (1969). Steve McQueen in BULLIT (1968).

There are plenty of Bond films but I can’t pick a favourite!” 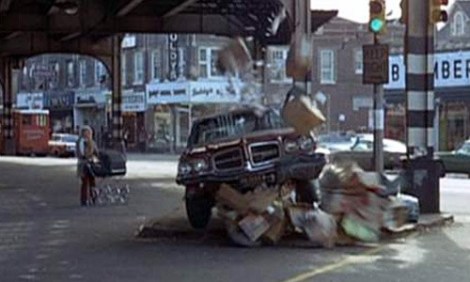 Gene Hackman is Popeye Doyle, a tenacious, N-Y City Narcotic cop who works with his partner Roy Scheider, cleaning up the streets. Early in the film, Friedkin sets the tone of a relentless hunt by having the two cops chasing a perp, on foot, through the streets while Popeye is dressed as Santa.

Popeye has a haunch that something big is going down and he breaks standard protocol to wire the big players of the city’s drug markets. They begin a steady cat and mouse game of surveillance, watching the husband and wife team ‘The Bocas’ who seem to live the high-life on the income from their small down-town store. They have some well connected clients, such as a French TV personality, and Popeye suspects that they are about to pull off something big.

Alain Chainer, played with a sophisticated aplomb by Fernando Rey, is a gallic heroin smuggler who is coordinating the deal. Early in the film, we see his capacity for ruthless efficiency when his henchman, Nicoli, assassinates a french cop who is on his trial. Popeye follows him on the subway and after a clever routine, Chainer eludes him, giving an ironic wave as the camera follows the subway point of view, disappearing into the tunnel as Popeye is frustrated on the station.

The set up for one of the greatest ever chase sequences begins. Nicoli is sent to despatch Popeye, to get him off the case, little realising that his officials had already put him on gardening leave, suspecting that his surveillance of the Bocas was not likely to reveal anything. A shot rings out. A mother pushing a pram drops to the ground. Within a moment, Popeye turns from the quarry to the hunter as he heads for pursuit of his would-be assassin. Again, Popeye is frustrated by the Nicoli eluding him by getting on board a subway train. He’s determined not to let him go, at whatever cost.

Friedkin was inspired by BULLIT, he considered how he could translate the action from San Francisco to New York with a twist. BULLIT is a measured, sophisticated and balanced  car chase played for cool. THE FRENCH CONNECTION is fast, furious playing dirty in a car chase that chases … a train. Roof-Dirk rightly describes it as a masterwork of guerilla film-making as Friedkin created an authentic and exhilarating experience by having Hackman driving the car that goes in pursuit of the elevated subway train.

A camera was strapped to a car so we get its point of view as it passes through the busy streets of NY-city with unaware citizens trying to avoid collision with a crazy driver crossing lanes at high speed. Its breath-takingly audacious as its clear that neither of the men will stop in their ruthlessness. Action is character.

A chase was only alluded to in the original source material (a non-fiction book by Robin Moore), but its the most memorable aspect of the film. Some people have seen this as a criticism: “it doesn’t add to much when the only thing you can remember is the chase,” but I think the whole film is built around the chase, but the whole film is constructed around this scene to remarkable effect … right until the moment when Popeye is given the chance to return the ironic wave.

The Dirk Massive have some great recommendations for the thrill of the chase.

Cindy loves the minis in THE ITALIAN JOB (2003) but Bond is best with SKYFALL.

Mark recommends three films: POINT BREAK (1991), “Reeves and Swayze relentlessly on foot and they even have time to give a dog a good kicking throughout the chase.” DRIVE (2011) for “the tension of the opening getaway scene is a fine, fine piece of work,” and finally HEAT (1995), “the intensity of that shoot-out just rattles you around the head.” 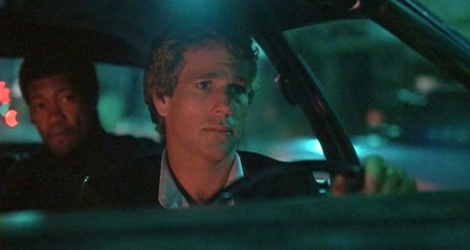 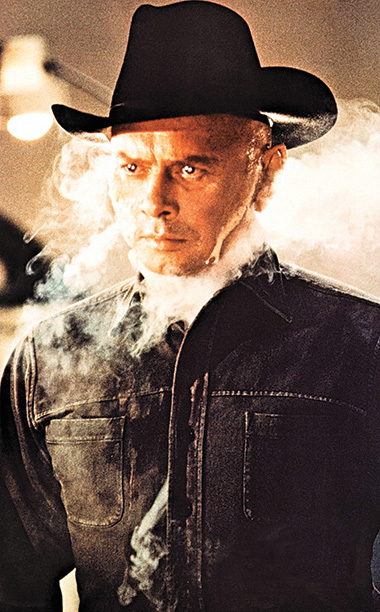 Roof-Dirk gave an honourable mention to the relentless Brynner in WESTWORLD (1973).

Coming next: Prof Dom-Dirk has done his magic-sorting-hat duty and selected: ‘The Feature Film’ – GONE WITH THE WIND (1939) … which I’ve NEVER seen!