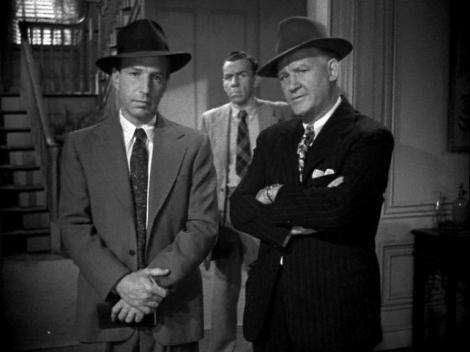 Point-of-view shots are similar to the close up as they are a means of representing character subjectivity.

Film-makers use Point of View so that the camera as a means of seeing the world through someone else’s eyes. The camera positioned at eye-level to present the perspective of a person or object within the film.

The first subjective images were popular fair-ground attractions of ‘Phantom Rides’ where the camera was positioned at the front of a moving vehicle in the 1890s. Since then, it has been deployed as a similarly thrilling device to put the audience in the thick of the action.

Methods to indicate that the camera is representing a subjective perspective have changed very little in principle. In early films the image was vignetted to indicate that the view was from a telescope, binoculars or through a key-hole. In James Cameron’s THE TERMINATOR (1984/ 1991) films, the image is configured from the perspective of a killer robot with the help of a red filter and some text.

Alain Renais used the perspective to explore the interaction between time, memory and human interaction in LAST YEAR AT MARIENBAD (1961). The point of view shot is sometimes deployed to show the state of mind of a character and has been used to chilling effect by Hitchcock, Powell and DePalma in a visceral and shocking manner. F.W. Murnau used a freely moving camera in THE LAST LAUGH (1924) to show the demoralisation of a character.

There has been an increase in the use of the Point of View shot thanks to the fluidity of imagery afforded by computer generated effects and the influence of computer games. The recent upsurge of ‘found footage’ films following the success of THE BLAIR WITCH PROJECT (1999) are a ‘Point of View Genre’ as the person behind the camera is a character themselves.

‘The Selfie’ is a form of point-of-view which was popularised by Paris Hilton in her sex tape which inspired a new genre of gonzo-pornography. That brief mention should optimise our search results. Hope that I haven’t put you off your stroke, so to speak.

“I think the best use are THE LADY IN THE LAKE (1947) and HALLOWEEN(1978) . I remember when Alex Cox introduced MANHUNTER and how the beginning of MANHUNTER (1986) was like the end of the newly released SILENCE OF THE LAMBS (1991); both use point of view shots through night vision glasses.” 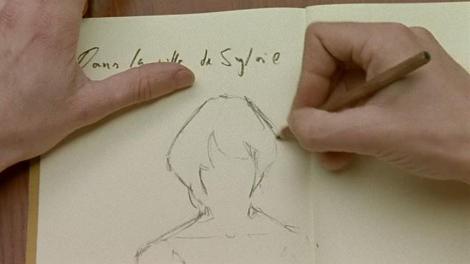 A very simple story of obsession. An un-named artist is in search of a woman who gave him directions in Strasbourg 6 years earlier. He waits at the terrace cafe in the student district in the hope that he might find her again. Like a flaneur he wanders through the city, observing life and sketching in his note-book. There’s no dialogue, just the over-lapping chatter of over-lapping faces. The camera adopts his point of view, settling on women making conversation, or lovers smooching, or young women laughing. There’s a lot of young women caught within his lingering gaze.

After almost 30 minutes of this watching, he seems to catch a glimpse of the woman he only knows as Sylvia, so he begins his pursuit. The impossibly pretty Pilar López de Ayala walks casually through the streets with the camera alternating between the artist’s point of view and a cut to a fixed position, concentrating on the street itself. There is something unsettling about his approach of the woman, she’s obviously aware that she is being followed and the sense of discomfort is transmitted to the audience.

Uses Anotonioni’s technique of creating a distinct point-of-view of the camera – separate from the characters in scene – so the camera holds steady on the street-scenes and the increased amplification of the sights and sounds of the city, framing scenes that the characters have not yet entered. The effect is to give emphasis to the environment over the action, creating a context over the content, which is a ‘third-person’ point of view.

The long, prying shots and the absence of dialogue creates a remarkable visual intensity. During the first third of the film you are forced to look, trying to find clues and meaning, but also adopting the detached gaze of the artist.

Contributions from the Dirk Massive include some interesting recommendations …

Mark Walker, from the entertaining and insightful MARKED MOVIES, said, “Gotta love the camera in the bowling ball in THE BIG LEBOWSKI (1998). Disorientating genius!” He also love the scene in GOODFELLAS (1990) with Billy Batts getting stomped: “I’ll never forget DeNiro’s intense look.”

Marc Foster (towatchpile.co.uk), a student of the Close Up, also recommends ENTER THE VOID, MEAN STREETS, THE TERMINATOR and HALLOWEEN, “oh, and AMERICAN PIE simply because its funny how they achieved it.”

Next Subject chosen by Prof Dom-Dirk: The Chase Sequence. The Main Feature: THE FRENCH CONNECTION (1971).